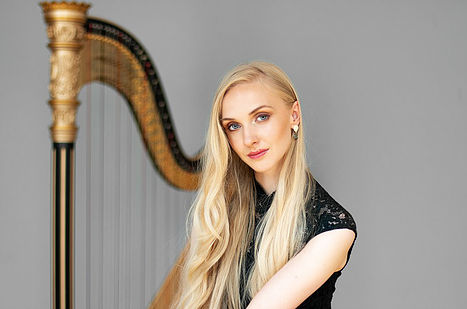 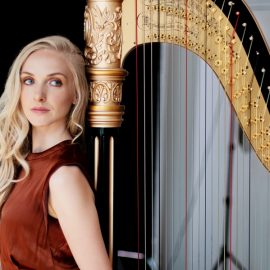 Elizabeth Bass enjoys a varied life as a professional harpist working as a soloist, chamber musician, orchestral and ensemble player and recording artist across the U.K. and beyond. Elizabeth has won both national and international prizes – most notably, becoming the first British person to reach the final of the USA International Harp Competition, 2016, winning the Silver Medal – and enjoys performing for major music festivals and societies across the U.K. and abroad.

Elizabeth's upcoming Teachable course is about using your imagination to feed your technique: a skill that she is passionate about sharing.

Elizabeth has a keen interest in Contemporary music and has also worked with dedicated contemporary ensembles including the Birmingham Contemporary Music Group and Lontano.

Elizabeth is a Live Music Now artist, a scheme founded by the legendary violinist, Yehudi Menuhin, which seeks to bring high quality music to those who might otherwise never experience live music. Elizabeth has taken the harp into SEN Schools, Carehomes and Psychiatric Hospital Schools, using the warmth and versatility of the instrument to connect with others. Elizabeth is currently an artist on the Countess of Munster Recital Scheme and has taken bookings with many leading music festivals in the U.K., both as a soloist and chamber musician. Elizabeth has become the most recent member of the pioneering Harp Quartet, 4 Girls 4 Harps, and enjoys performing original works, commissions and arrangements, showcasing the incredible potential and verve of four harps combined.

Elizabeth enjoys teaching and has tutored in a variety of settings including on residential courses for the National Children’s Orchestra of Great Britain, for classes and workshops at leading higher education institutions such as King’s College, London and as a private teacher in and around her home in North East London.

While you are waiting for this course to go live...